Believing that music makes community, the Washington Square Music Festival, on Sunday, November 19, at 3 pm, offers a celebration of the upcoming holiday season with Explorations in Music/Art/Dance. The concert’s featured work is the world premiere of “Skyscrapers,” a string quartet by Heather Schmidt inspired by the Paul Klee painting “Composition 1914” and commissioned by the Washington Square Music Festival. Dancers from the Annabella Gonzalez Dance Theatre will explore the music of J.S. Bach and György Kurtág, and the Chamber Ensemble will perform works by W.A. Mozart and Benedetto Marcello. The performance is free, and seating is first-come, first-served.

The venue is St. Marks Church-in-the-Bowery, 131 East 10th St., New York NY 10003.
On the site of St. Marks in 1660 was the private chapel of Peter Stuyvesant. The current structure was built in 1779, and more recently has welcomed a range of traditional and
avant-garde performances, as well as hosting Sunday worship services.

…about the “Skyscrapers” Composer 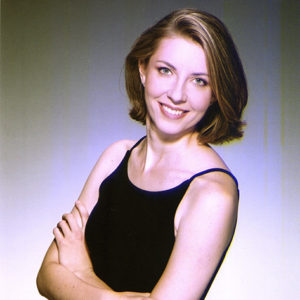 The Paul Klee painting “Composition 1914” was selected for musical inspiration by both the composer, and the supporters underwriting her commission, the Garrett-Waldmeyer Trust. The original masterpiece is an oil on cardboard, made up of numerous multi-colored rectangular shapes with a small plant-like object near the bottom, and is housed in the collection of Kunstmuseum Basel. Composer Schmidt transformed each of its six vertical zones into an equal number of movements, and turned three tiny greenish brushstrokes into a three-note motif reappearing in each movement.

The painting’s structure “reminded me of the building blocks of a skyscraper,” Ms. Schmidt says, “a fitting title for a quartet to be premiered in New York City.”

The composer, a native of Canada who currently resides in Los Angeles, has recently scored well over a dozen major projects, including several movies for television. Her substantial body of work also includes a host of orchestral and chamber pieces, including recent premieres in both the American southwest and Europe.

“This new string quartet is the first major independent music commission in our six decades,” says Peggy Friedman, the Festival’s Executive Director, “and it’s the perfect work to preview our 60th Anniversary season in 2018, and celebrate the community of this incredible metropolis.”

Annabella Gonzalez Dance Theater, established in 1976 by its Mexican-born dancer/choreographer, produces dance compositions filtered through a blend of contrasting and subtly cohering styles. The company’s approach might be termed eclectic and embracing, as it employs jazz, Latin and neo-classical dance forms that range from the soberly dramatic to the broadly comic.

…about the Sponsors & Supporters

In recent years the Garrett-Waldmeyer Trust has helped bring a number of music commissions to fruition, and is proud to support Heather Schmidt’s creation of “Skyscrapers” and its world premiere in New York City. The Trust believes that beautiful music lives within the heart and soul of all humanity, and deserves our universal devoted support.